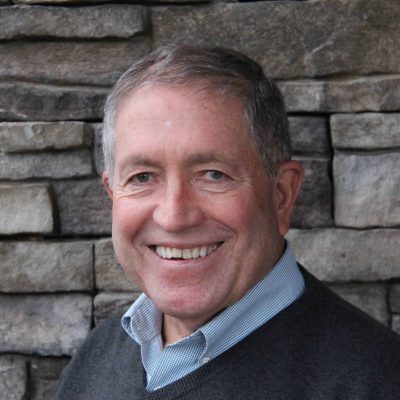 Russ Thomas was born in Modesto and grew up there, graduating from Modesto High School. When not in school, he worked summers and vacations for his father, who was a masonry contractor. Thomas attended college in in La Verne, CA. After his first year of college, he spent seven months traveling in Europe where he visited 14 countries.

Thomas earned an Associate of Arts degree from Modesto Junior College, and after spending one year at San Francisco State College pursuing a degree in music, he changed his major to business administration and earned a Bachelor of Arts degree from Cal State, Stanislaus. Soon after graduation, he became a partner in the family’s masonry business.

After his father retired, Thomas continued to build the business by developing a number of proprietary sound wall systems. This led to projects building sub-division walls, and freeway sound-barrier walls in hundreds of locations throughout Northern California. It was during that time that Thomas served as the president of the California Association of Mason Contractors. He also found time for public service by serving on the Stanislaus County Planning Commission for seven years.

In 1997, he moved to Copperopolis, where he became the Chairman of the Copperopolis Community Plan Advisory Committee. That experience sparked his interest in running for the Calaveras County Board of Supervisors, and he was elected as the District 5 supervisor in 2006.

From 2011 through 2014, he worked as a construction project manager in Mogadishu, Somalia, building projects that were being funded by the United Nations. Thomas was impacted deeply by the painful realities he witnessed while living and working in the dangerous, war-torn country.

Thomas has two grown children – a son who is a business consultant in Stockholm, Sweden, and a daughter, who is currently pursuing a Master’s degree in Education at Trinity College in Dublin, Ireland. He and his wife Gloria live in Copperopolis and are in the process of building a house on their ranch in the Salt Spring Valley.