At the October 10 Board meeting, the Calaveras County Water District Board of Directors named Jeffrey Meyer as interim general manager, effective Monday October 15. Meyer is currently the Director of Administrative Services for CCWD and has been with the District for the past 10 years. The general manager position is being vacated by Dave Eggerton, who accepted a position as the Executive Director Designate of the Association of California Water Agencies (more information here). 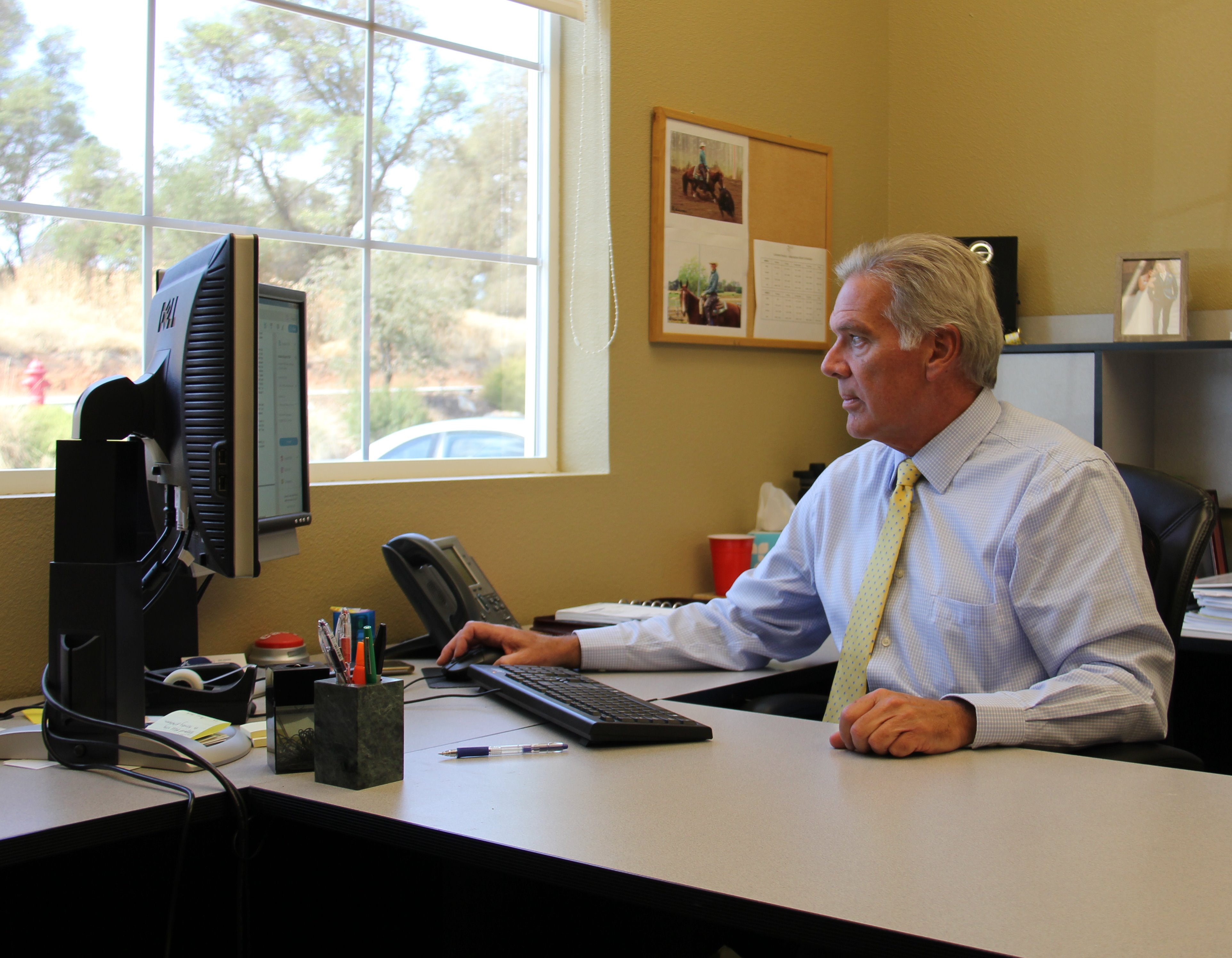 Jeffrey Meyer, CCWD Interim General Manager“I don’t expect CCWD will miss a beat under Jeff’s leadership,” said CCWD Board President Scott Ratterman. “He’s very familiar with the District, and the Board has full confidence in him.”

Outgoing General Manager Dave Eggerton – who recently accepted a job as the Executive Director Designate of the Association of California Water Agencies – echoed Ratterman’s sentiments. His last day with CCWD is October 31.

“I have total confidence in Jeff,” Eggerton said. “He’s an incredibly talented professional who knows the District inside and out. He’s going to do a terrific job.”

Meyer spent most of his childhood in New Jersey and Sacramento. After graduating from high school in 1974, he attended Stanford University and earned a BS in Economics in 1978. Following college, Meyer worked in the private sector as a business owner and the banking industry for nearly 20 years. Between 1996 and 2008, he held finance and administration positions for both the County of El Dorado and City of Folsom. In February 2008, he accepted a position with CCWD as Finance Director and has managed annual budgets, accounting, IT, facilities, customer service, contracts and investments.

“I have had the opportunity to observe the inner workings of all departments in the District during the budget process, while interfacing with all managers to understand their needs,” Meyer said. “As interim general manager, I will work to provide all departments with tools and resources they need to effectively do their jobs. Because of my intimate knowledge of the District and the people who work here, I expect this will be a smooth transition.”

The Board’s formal recruitment process for the District’s next permanent general manger is already in process, and candidate interviews are expected to take place before the end of the year.

Those with questions or comments may contact Joel Metzger, manager of external affairs, conservation and grants, at joelm@ccwd.org or (209) 754-3123.